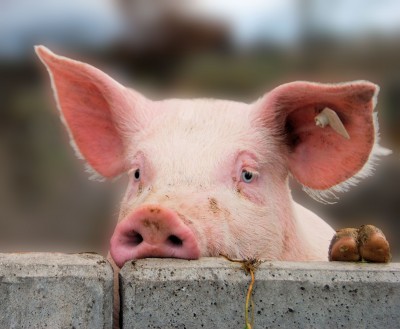 “Humans and animals share many similarities. Across three studies, the authors demonstrate that the framing of these similarities has significant consequences for people’s moral concern for others.” [1]

“Studies on dehumanization demonstrated that denying certain human characteristics might serve as a strategy for moral disengagement. Meat consumption-especially in the times of cruel animal farming-is related to the exclusion of animals from the human scope of justice.” [2]

“Most people love animals and love eating meat. One way of reducing this conflict is to deny that animals suffer and have moral rights. We suggest that the act of categorizing an animal as ‘food’ may diminish their perceived capacity to suffer, which in turn dampens our moral concern.” [3]

“Many people like eating meat, but most are reluctant to harm things that have minds. The current three studies show that this dissonance motivates people to deny minds to animals.” [4]

“Nonhuman animal farming, by its fundamental nature, involves a greater or lesser degree of ill
treatment and oppression. (…) Worldwide, approximately 55,000,000,000 land-based nonhumans are killed every year in the farming industry (United Nations Food and Agriculture Organization, 2010).” [5]