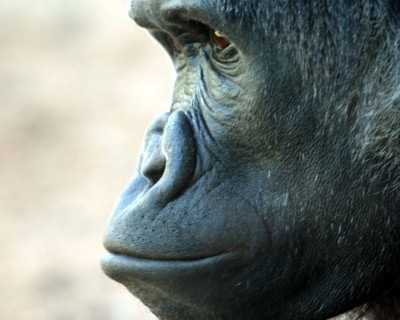 “Anthropoids, including all great apes, take most of their diet from plants, and there is general consensus that humans come from a strongly herbivorous ancestry” [7]. Bonobos, “humans’ closest relatives in the animal kingdom” [10], “eat mainly ripe fruit, supplemented with herbaceous terrestrial plants” [11].

“Study of the diet of frugivorous human ancestors is accordingly of relevance to understanding the nutritional requirements of modern humans” [8]. A frugivorous dietary heritage of humans is frequently posited [1][2][3][4]. The molar morphology of the earliest hominins implies “a fairly frugivorous diet” [5]. “Comparative data suggests that human nutrient requirements and most features of human digestive morphology and physiology are conservative in nature and probably were little affected by the hunter-gatherer phase of human existence” [6].

“We were not biologically selected by the evolution process to eat the way we do today” [9]. “The widespread prevalence of diet-related health problems, particularly in highly industrialized nations, suggests that many humans are not eating in a manner compatible with their biology.” Consumption of “more fresh fruits and vegetables in greater variety” is recommended [7].